Apple, McDonalds and Disney to push mobile IPayments to the next level with NFC

With all the wild speculation that is happening around Apple’s Campus in Cupertino California today and the annual Apple new Iphone drop, it’s going to be hard to ignore Apple over the next few days.

Don’t be fooled, the new Apple iPhones are going to be lovely devices, and will no doubt ship by the boatload, but the real news is that Apple looks set to finally capitulate and introduce two new technologies to the market in the form of

Its not just IPhone users who look set to benefit, Android, and Microsoft devices have had NFC support in their phones for the past few years.  I personally am predicting that if Apple does roll out an NFC payment solution, it will be at least Android compatible too. If they make that leap then I think an Apple “iPayment” could do to the mobile payments market, what the IPhone did to the smartphone market.

Who are the launch partners? 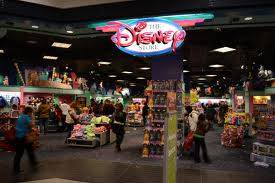 According to some blogs Apple has already started to roll out upgraded NFC scanners to its usual band of launch partners namely Disney Store and Mcdonalds.  With these large scale retailers on board( and I am sure many more to come) it won’t be long before we are seeing these technologies at our local corner shop.

Follow the news on Apples Launch tonight at Apple.com on your Ipod Touch, iPhone and Ipad via the Itunes App.