Google Glass: A Sensor-ific list of all its sensors

Google Glass’s simplistic design belies the power and thought that has gone into it.  Despite its small size, its packed full of sensors which provide new ways to interact with the user that have never been possible before.   Here is a combined list of all the sensors ( so far ) that Google Glass has.

(For those of you who are not familiar with what Google glass is, head over to our earlier introduction post about Google Glass)

Google Glass was called by “the Daily Show”:

Actually Daily Show are only partially right, its actually a $1500 mobile phone that you wear on your face.. and  like a smartphone, its sensors make it super smart.

However Glass has a couple of new tricks in the form of :

A detector which determines if the Glass has been put on or taken off.

Developers can trigger applications to run as soon as the glasses have been put on. Cue a future version of Glass saying “Good morning, nice to see you. ” when you put it on in the morning. 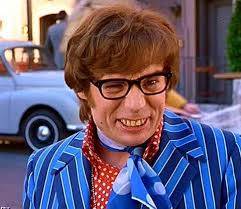 Glass knows if your eyes are open or closed. It thus can also determine if you have just winked.   I am sure most of you are thinking dating apps on Glass will have a cool new feature in the future but its more than that.

Google have given users the option to configure the “wink” action to take a photo. From trying it out, it worked amazingly well , you just need to watch out for people getting the wrong idea when you take a photo of them.

Now Glass doesn’t have a single chip labelled “head or body motion sensor” built in but that doesn’t mean that it can’t detect it.

As Glass is generally going to be fixed to the users head. Its possible to detect the head and body movement by combining the data from the gravity sensor, compass, gyroscope and accelerometer.

This will set up a brand new generation of games, personal fitness and virtual reality experiences which will use the users own body or head to Interact. Exciting stuff.

Will it ever be mass market?

From my weekend using the device, I learned a lot about the different ways to interact with the device and it became very natural to use.  The bit about it that was the most interesting was seeing how it can be used in certain contexts to improve ones lifestyle.  For me the killer app was simply the ability to take pictures and video from a first person perspective and let my hands be free to engage with what I was filming.  But with all the sensors and work thats going into building more apps for the platform,  I am sure it won’t be long before Google Glass has its “Angry Birds” moment and finds something that will hook the world into using it.

And your mates at the pub will certainly have a lot to talk about with all those strange people winking at each other..

Get a Google Glass from the play store