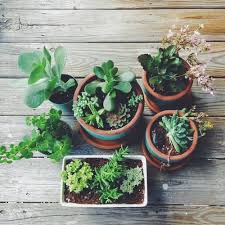 TLDR: If your project is going slow, then create a new one and copy your old files in. I share my experience of the process that worked for me.

I am sure that there are a lot of you out there who are struggling after upgrading to the latest and greatest Xcode 8. I have seen (and experienced ) the following:

I found that I was absolutely hating developing in Swift 3 with my personal project I am working on taking ages.

The camel’s back was finally broken when my tests just suddenly stopped running altogether with the following strange “ungoogle-able” error code:

I tried everything and it was in the garden that I thought of an idea. What if I “re-potted” the project. For those that don’t know you repot a plant when:

You should now have a blank project with your pods included.

You should now see that your project is blazingly fast.

Hopefully at the end of this process you will have a faster Xcode project for enjoying your swift 3 goodness. ( and maybe you have learned a little about gardening at the same time!)

Personally I hope that Apple will sort out Xcode 8 and get it working properly again with less bugs, but given their problems with the new MacBook Battery maybe they should focus on getting more people like us in to help them identify these problems so they can get rid of them for us.

Hope this process helps others out there…Happy Xcode Gardening.

Edit: As a by-product this also fixed the bug with Xcode Tests not running with the message:

Message from debugger: unable to attach