One of the largest hurdles that come with using technology in store is that it is very hard to measure.  What tools are there to help? First up is Google’s ‘Universal Analytics’ which allows you to measure anything in store. ( even the kitchen sink)

I really love this quote as it sums up a lot of how some people approach measuring results when it comes to some digital projects.

“Every line is the perfect length if you don’t measure it.” ― Marty Rubin

Google Analytics is perhaps one of the most overlooked technologies in the retail physical landscape. Its one of the few technological tools that is cheap and can be used to measure pretty much anything. Yet it is now mainly used on websites ( and even then sometimes ignored).

Most people who use Google Analytics would typically use the standard set of reports that come with the system. But they are vastly short-changing the features and understanding that they can get from the platform.

Google launched their latest version of their analytics system officially in April 2014, dubbed ‘universal analytics’.  With this release it took the system focus away from clicks and pushed it onto being “user action focused”  and opened the floodgates to a massive set of new potential uses.

Why Universal is the future

This made a world of sense for me because as someone who helps businesses to increase conversion. I am less interested in measuring clicks on buttons but I am very interested in measuring actions like adding to basket, checkout etc. By understanding the context in which user clicks are happening, it reduces the amount of work I need to do to try find user intention.  It knocks down a major brick wall that blocks us from getting to what we want.

By making it easy for us to look at the critical journeys on our sites and what the implications are for the visitor, I am able to more quickly and easily suggest and validate better improvements to the projects I am working on.

Collecting Analytics for your fridge 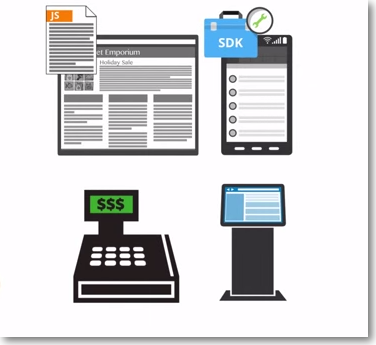 Universal analytics doesn’t just mean that we are understanding what people are doing on our sites. It has also untied the need for analytics to be used by only websites.

Suddenly it is possible for Google analytics to be used by anything from your kitchen fridge, to your kiosk, to your digital watch.

An Example of a customized Google Analytics system

To show the content in Google Analytics, I chose to use the best practice way that google recommend people add custom data from non-web solutions. The solution that Google advocates is called the “Measurement Protocol”  which essentially allows developers to send content direct to Google’s endpoints, in the way they want to.

Here is a quick sample that put together where I customized Google Analytics to be able to  measure a stores fridge usage:

Google Analytics (or other similar tracking tools) are massively powerful tools. The sheer complexity of the systems are such that I would compare these analytics tools to the game “chess”, its easy to learn the basic moves to play the game, but it takes years to master the depths and intricacies that really make them compelling.