On the weekend, I popped down to Westminster lodge for a swim, and I was chuffed to see that Everyone Active ( the Health Club management company) had put in digital Kiosks to collect  feedback from visitors.

Focusing on the feedback journey

One of the elements I liked was that when the system asks for feedback, it gives the user a variety of types ( as its likely each will generate its own follow on actiom/ in -action)

When asking for a comment, you are offered the following options:

Great stuff from CRT Viewpoint who were the suppliers 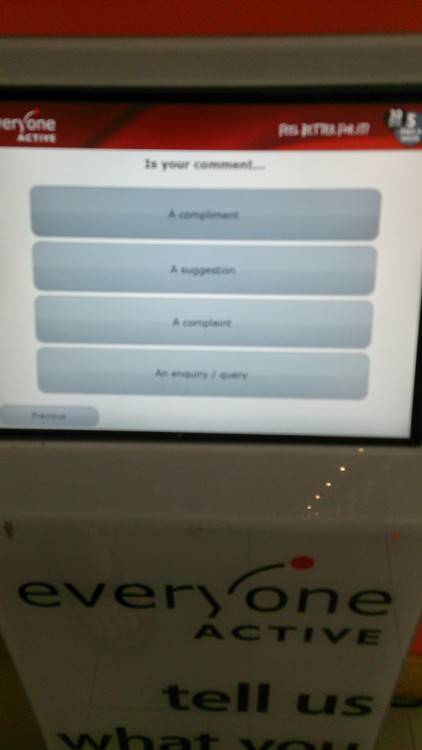